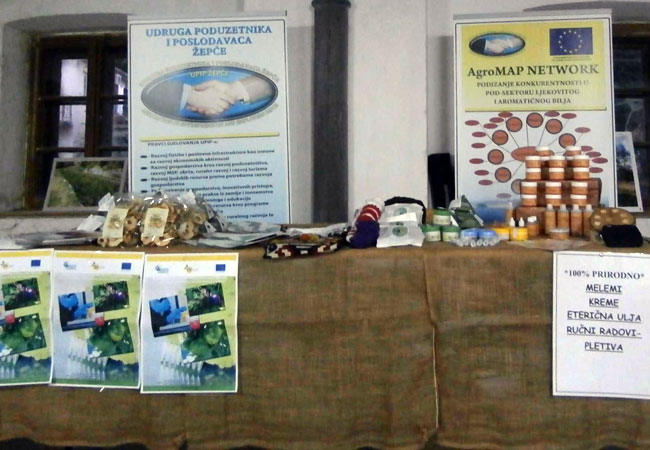 The fair was opened by the Chairman of the Council of Ministers of Bosnia and Herzegovina Vjekoslav Bevanda, a ceremonial opening ceremony attended by the Minister of Health, Labour and Welfare HNŽ - dr. Mladen Bošković, and by the Minister of Agriculture Water Management and Forestry HNŽ, Donko Jović,  the Minister of Veterans HNC Oliver Sondo. Also  the Mayor of municipalities Stolac – HNŽ participated.

As part of the fair-trade were held several professional lectures and practical workshops in collaboration with the Agronomy Faculty of Food Technology and Agro-Mediterranean Faculty from Mostar. Within the framework of workshops was presented the IPATECH Project - Miniaturization technology: synergies of research and innovation to enhance the economic development of the Adriatic.

The event was attended by about a hundred exhibitors from Croatian, Montenegrin, Japan and Bosnia and Herzegovina, among whom there were representatives of the AgroMAP network. The IPATECH Project and new products was also presented.

The fair-trade provided an opportunity to meet new contacts, acquisition of new knowledge, and development of plans in the area of nutrition, agriculture and tourism.