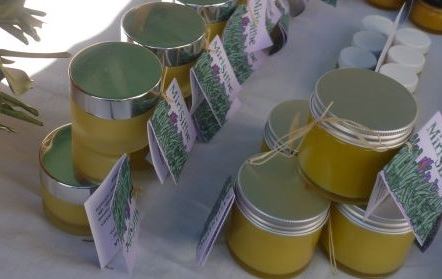 The NGO " Eko - Zadar " from the Zadar County is one of those which for many years points to the necessity of increasing food production by ecological methods, but it is also an organization that deals precisely with the specific support and activities intended to support farms, family agricultural farms and all who in their yards and gardens strive to produce quality products and to participate in the market.

One problem that arises is how to present oneself worthily and well on the market and draw the interest of traders and citizens for their own products. " Eko - Zadar " has for several years successfully organized the Agricultural Fair Daysof the Sun, gathering and presenting of small producers that offer high-quality products, incurred as a result of special research and innovation in the production of food, and one of its last projects was the recently opened Farmers' market at which such products are continuously offered and sold, generally of better quality than those imported.
According to Ms. Mirjana Tomić - Galić, president of " Eko - Zadar ", the association will in 2014 celebrate its 15 years of work in the area of Zadar and Zadar county, in the year that was officially declared the International year of family agricultural farms, which is important because the idea of organic farming in Dalmatia started exactly from Zadar in the late '90s. Therefore, the " Eko - Zadar " association will continue to support the activities and programs that enhance family farms and specialized production and environmental quality food. As usual, the education of the population and small and medium farmers through workshops and consultations will seek to encourage the introduction of practical, technical and technological innovations . It will continue to promote and encourage the culinary and gastronomic facilities and products originating from Zadar regions - from islands to the hinterland - which represent traditional heritage and authentic quality.