Promotion of the IPATECH project at the Innovation fair in Biograd, Croatia 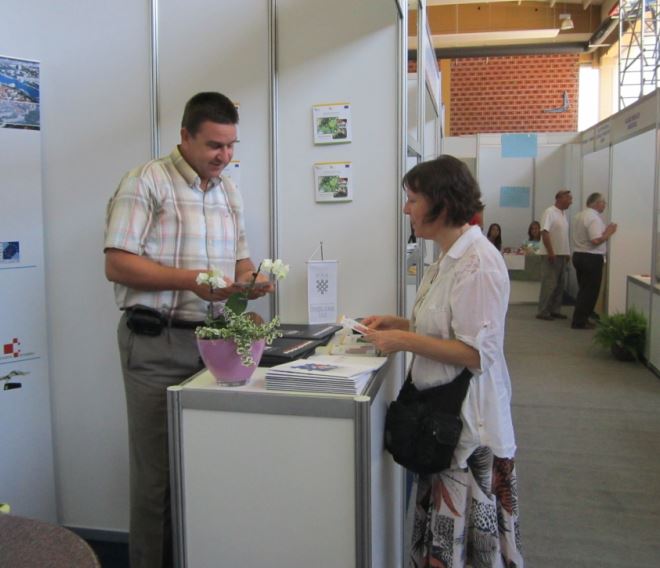 Sixth fair of innovators, entrepreneurs, farmers and institutions from nine countries presented more innovation and ideas than last year, with a series of presentations and lectures – Croatian Chamber of Economy - Zadar County Chamber successfully promoted the potential and possibilities of the IPATECH project - applying leading-edge technology in the manufacturing process of agro - industry - Significant interest of visitors and producers of the Zadar region for information about the implementation of project activities

More than three hundred exhibitors - entrepreneurs, innovators and farmers - gathered from 30 August to 1 September at the International Exhibition of inventions, ecological ideas, products and technologies in the agriculture and food sector AGRO ARCA, held in Biograd. The sixth AGRO ARCA, organized by the Association of Innovators and with the support of the Town of Biograd, and its Tourist board, and the patronage of the Ministry of Science, Education and Sports, was held for the first time outside of the town of Slatina, and this time 230 innovations were presented, not only from Croatia, but also from Hungary, Bosnia and Herzegovina, Sweden, Serbia, Russia, Poland, Slovenia and Iran.

Numerous exhibitors, innovators and institutions presented their products, ideas and activities on their own stands within one thousand square meters of exhibition space of the Biograd primary school, and also a series of lectures on rural development in Croatia, the preparation and promotion of indigenous foods and products, and ecology and protection of domestic production, was held. The Croatian Chamber of Economy - Zadar County Chamber was one of the co-organizers of the fair, and on its stand, info – desk, the Chamber presented a number of information about its activities, especially in relation to the realization of the international project IPATECH – Miniaturization technology: synergies of research and innovation to enhance the economic development of the Adriatic, of the European Union programme IPA Adriatic Cross-border Cooperation Programme.

- Our goal was to provide to all visitors to the fair AGRO ARCA, especially those who were interested in the project IPATECH - emphasized Marija Mišulić, project coordinator of the Department of International Relations of the Croatian Chamber of Economy – Zadar County Chamber - useful background information on the project activities and their importance for the business activities of agricultural and food producers. The turnout of visitors to our info-desk was satisfactory and indicates the attractiveness of the project in the Zadar County. The Project Manager of IPATECH Dinko Basioli from the Department of Industry of the Croatian Chamber of Economy – Zadar County Chamber also emphasized significant opportunities that lie in the promotion and encouragement of research and innovation among farmers of the Zadar region, and the promotion of the IPATECH project at the Biograd Innovation Fair was one of a series of preparatory and implementation activities and further evidence of the potential in linking rural and micro economies and companies with the institutions of research and education.