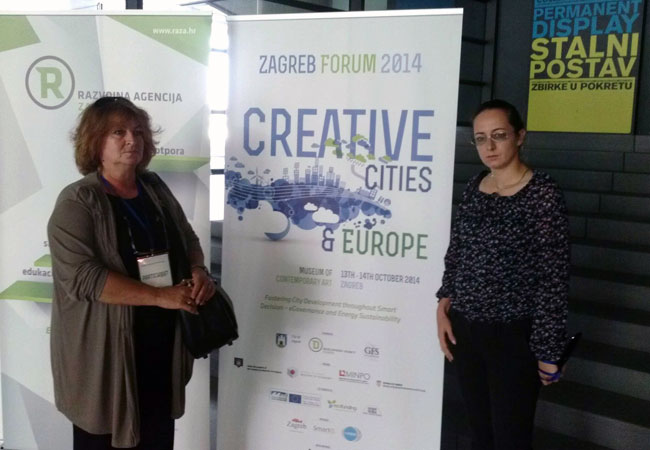 At the invitation by the organizers of the „ Zagreb FORUM 2014“, executive director of the UPIP Zepce Ms. Mira Jovic and project manager Tea Samardzic Memcici attended the Zagreb Forum, an international conference dedicated to the alternative approaches in the development of cities and regions.

The conference was held on October 13th and 14th  2014, at the Museum of Modern Art in Zagreb. Conference was organized by the City of Zagreb, Development Agency Zagreb and the GFS (GoForeSight) Institute.  Conference was opened by the Mayor of Zagreb Milan Bandic, the delegates of the CroatianPresident Prof. Boris Cota and Director of the Development Agency Zagreb France Šesnić, who welcomedall present. The conference was held on the topic "Fostering of Urban Development through smart decisions, e-Government and Sustainable Energy", eight panel discussions were conducted during two days also grappling with current issues such as sustainable development, energy efficiency of cities and the regions, development of smart cities - sustainable digital infrastructure, building of partnerships between industries, NGOs and local authorities, new ways of project funding - ECOFUNDING and ethical banking system, social entrepreneurship and reindustrialization of city regions. By biscussing about these topics, participants of the  Zagreb Forum 2014 attempted to contribute to the achievement of the objectives that are set out in the Strategy for Europe 2020th.