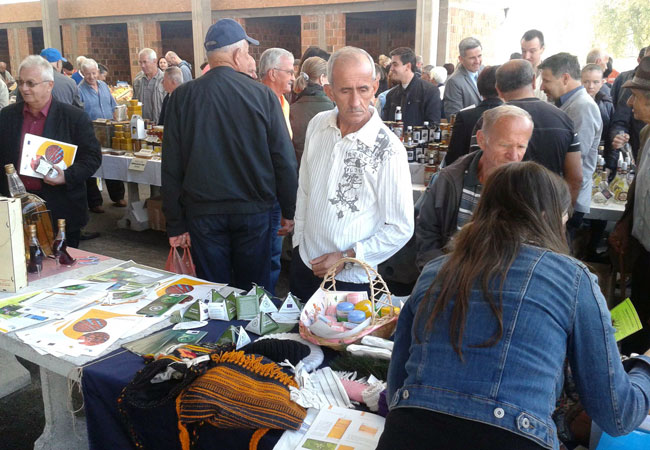 Representatives of the UPIP participated at the opening of City Market in the municipality of Zepce. On 11/10 2014 officially opened the new City Market in Žepče. As part of the opening of the City Market was the exhibition of products of agricultural producers of Zepce, among these last ones there were also  representatives of the General Agricultural Cooperatives „Agrofarm“ Zepce and the Association of Entrepreneurs and Employers Zepce.

As part of their work, employees of the UPIP have presented CBC program financed by the European Union and the Project IPATECH- Miniaturization technology: synergies of research and innovation to enhance the economic development of the Adriatic. The general objective of the Project is to strengthen research and innovation competences in the agro-food sector in order to contribute to competitiveness and increase the development of the Adriatic area through economic, social and institutional cooperation. Implementation of the Project IPATECH will lasts until 2015.

General Agricultural Cooperative "Agrofarm" is member of the  AgroMap network . At the City Market Zepce, were presented products from food-agricultural sector of the members of the AgroMap network. City Market officially launched the Mayor Mato Zovko and Director of the Office for the Coordination of projects in agriculture, the Federation of Bosnia and Herzegovina Halil Omanović. City Market project was realized within the framework of Rural Entrepreneurship Development Project, which was approved by the International Fund for Agricultural Development IFAD.