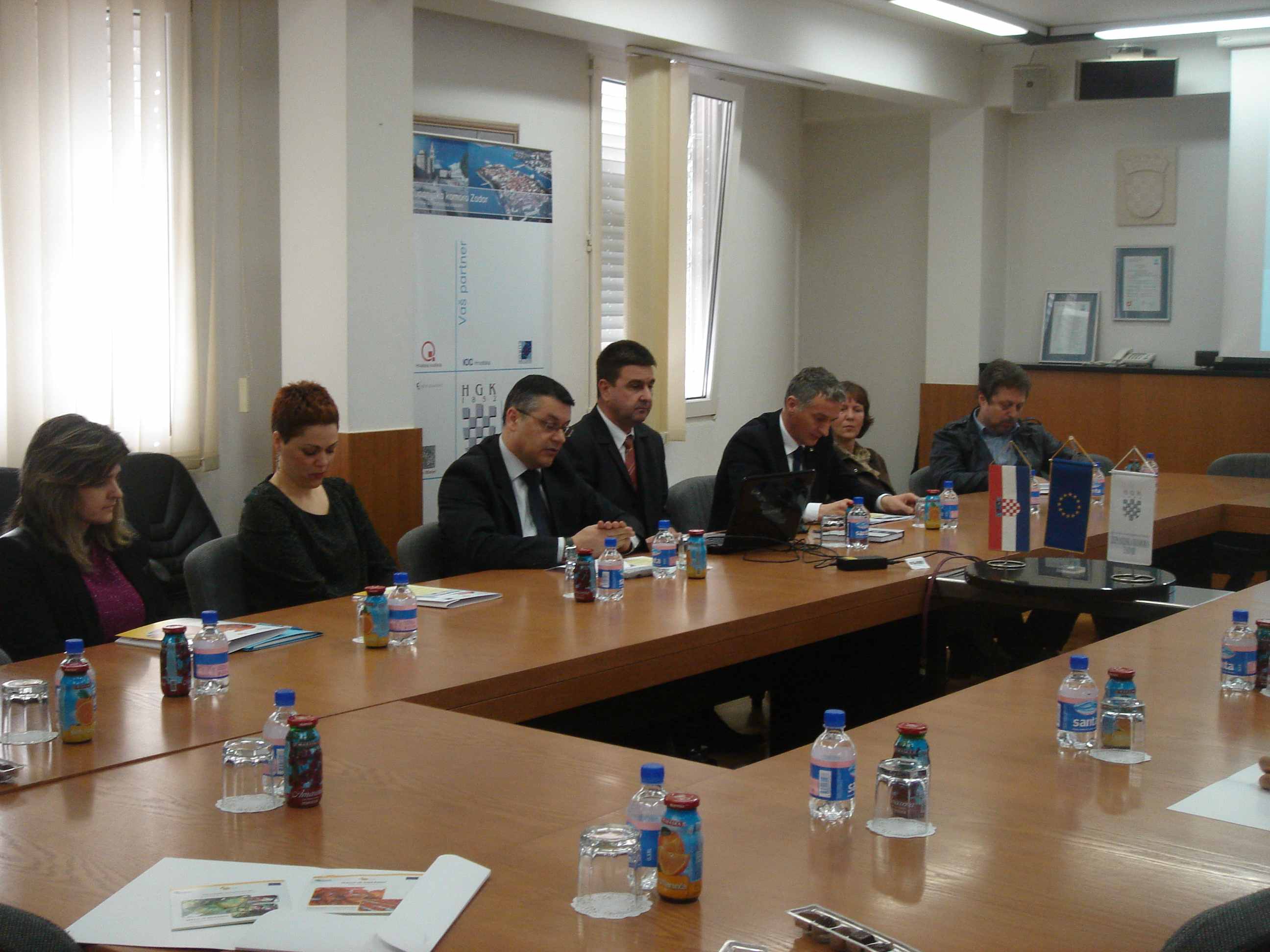 This is another contribution to the strengthening of research and development activities in the IPATECH project "Miniaturization technology: synergies of research and innovation to enhance the economic development of the Adriatic" and the great interest of future users and partners shows the justification of satisfying the creation of a common strategy to promote competitiveness in the agri - food sector – this is what was said at the opening of the INPO center, Agro – food innovation center in the premises of the Croatian Chamber of Economy - Zadar County Chamber, on Wednesday, March 19.

The establishment of the INPO center is successful continuation of activities of the IPATECH project in which the Croatian representatives are the Croatian Chamber of Economy – Zadar County Chamber and AZRRI - Agency for Rural Development of Istria, along with partners from five other countries. According to the project manager Mr. Dinko Basioli, the project that began in October 2012 and will last until March 2015, predicts also the acquisition of a small mobile solar drier for drying of different types of fruits and vegetables for which a public procurement procedure is in progress. Also, among other things, the implementation of programs to encourage and improve the work of small family farms will be launched. As pointed out by Mr. Denis Ikić, executive director of the Zadar Chamber, the INPO center will be a meeting place for all concerned and a place for gathering and providing current and relevant information about the research and innovation in the agricultural and food sector of the Zadar region, and beyond.

It is therefore of particular value, as Mr. Petar Pedišić, mr. sc, the head of the INPO center, pointed out, the fact of agreed cooperation of the Zadar County Chamber with the Department of Ecology, Agronomy and Aquaculture, of the University of Zadar. The solar dryer will probably be placed in the university agricultural farm „Baštica“, and will be availlable to scholars, professionals and students, and to all who will be interested. Already the response of professionals and owners of small family farms and the first contacts and requests to the INPO center fully justify the present activities of the Project, which provides a very good basis for the sustainability of the Center even after the project ends, and the flow from EU funds stops.